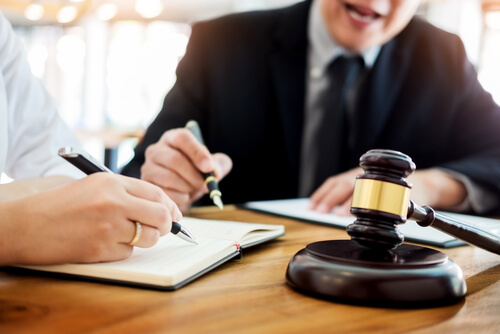 Why Are States Suing Pharmaceutical Companies?

The opioid crisis has created another potential case that could make the pharmaceutical companies accountable for peddling addictive drugs without the proper information of how harmful their effects really were. The legal action could prove that the drug companies marketed too hard and sold too many drugs to too many people for catastrophic results. Their indictment hopes to argue based on the proven destruction of the opioid crisis by halting the efforts of pharmaceutical companies and settling the past, present, and future costs that have been accrued.

In November, the attorney generals in forty one of the fifty United States consolidated their forces to start investigating the responsibilities of the makers and distributors of the opiate painkillers that may be liable for the progression of addiction and overdoses. Subpoenas were delivered to the opioid manufacturers Endo International, Janssen Pharmaceuticals, Teva Pharmaceuticals, and Purdue Pharma as well as documents from the distributors AmerisourceBergen, Cardinal Health, and McKesson. The goal is to uncover any deception that may have taken place from the pharmaceutical companies to mislead doctors and patients about the competency and potency of the powerful drugs.

There have been dozens of lawsuits that have already been filed against the drug companies and there will probably be dozens more in the future. Finding a solution during the Public Health Emergency that President Trump declared last year has also gained momentum for other cities, counties, and states to join the coalition that is forming against Big Pharma.

If a judge rules in favor of the people, Big Pharma could be found guilty of violating statutes in consumer protection. The payout could be up to $10,000 per each visit to the doctor or per each prescription. The compensation could go as deep as court ordering the pharmaceutical companies to reimburse state agencies for drug treatment and the prescriptions that were paid for through Medicaid. If the plaintiff gets what they want, the drug companies could dole out paybacks in trillions of dollars.

The money that could be won in the lawsuit would be a profitable incentive to help all the areas that the opioid crisis has hit. The biggest motivation of all is to prevent the foreshadow of half a million perceived deaths in the next decade from overdosing on these money-making prescription pills.