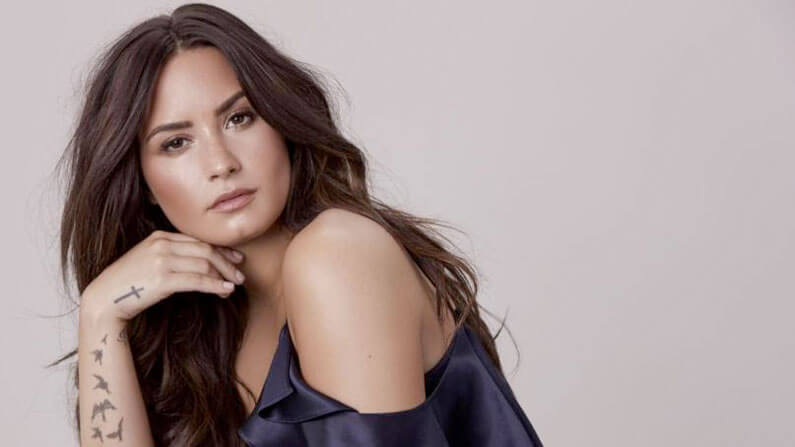 The Dissonance of Demi

Arbitrary indicators of success, of fortune, of health. To rely on such measures is to obtusely exalt the cosmetic at the expense of the complex. Exchange the visceral for the inane and one fails to appreciate the intricacies of the human experience.

Picture a drug addict. A plethora of negative connotations surely flood your mind upon that cue. You may envision a catatonic transient, an intoxicated prostitute, an aggressive drunkard. Several character and classist implications define your concept of an addict.

Now picture Demi Lovato. Societal criteria deems her immune from addiction. But her glorious voice, impressive affluence, massive stardom, and transcendent beauty do not protect her from the biological predispositions that influence the manifestations of addiction and mental illness. Disease of the mind does not discriminate.

Demi Lovato has long struggled with Bulimia, Bipolar Disorder, Self-Harm, and Substance Use Disorder and has been quite vocal about the agonizing plight of these ailments. She has attempted to humanize and destigmatize these diseases, but has been confronted with malicious backlash in the process. Critics insist that her troubles originate from an inherent weakness, an inability to generate resilience, a hypersensitivity to minor adversity. Society dismisses her addiction as a product of wealth and indulgence, implicating the same variables established as invulnerable to the whims of substance abuse. Mounds of evidence exist that conflict these common, unfounded speculations. The American Psychological Association defines Addiction as a “chronic disorder with biological, psychological, social and environmental factors influencing its development and maintenance” (American Psychological Association, 2018). Genetic predisposition is considered to be about 50 percent responsible for the eventual manifestation of the disorder. Genetics influence the degree of reward experienced upon initial use of a substance or participation in a compulsive behavior (American Psychological Association, 2018). Potential addicts are also vulnerable to addiction via a convergence of psychological, social, and environmental factors. Mental illness, trauma, peer use, availability of substance, and family history are all powerful variables; but it is important to note that none are exclusively capable of eliciting addiction – especially in the absence of a genetic predisposition.

Yes, these facts have been quoted ad nauseum. Yet, a substantial portion of the population refuses to accept their legitimacy. Why? Because humans are susceptible to the pernicious implications of Cognitive Dissonance.

Each individual is firmly embedded in a plethora of beliefs, values, and ideals. Exposure to evidence that is incongruent with such notions produces a state of discomfort referred to as “Cognitive Dissonance.” The common presumption is that the individual will succumb to empiricism; however, she is now more inclined to strengthen her initial ideology. Instead of acquiescing to logic, reason, and empiricism, she clings tighter to her false idols. Converting to a disparate, foreign set of beliefs incites anxiety and uncertainty; it requires courage and humility to admit error. Immersing oneself further in a preexisting, albeit false, ideology elicits comfort and necessitates no risk to one’s psyche (Franzoi, 2016).

Be cognizant of your dogmatic beliefs. Forsake your presuppositions, your speculations, your assumptions. Value empirical evidence. Read scientific research that has been peer reviewed, replicated, and published in an academic journal. Allow your knowledge to evolve. Make yourself vulnerable to the admission of fault. These steps can counteract Cognitive Dissonance and change the toxic discourse on addiction.