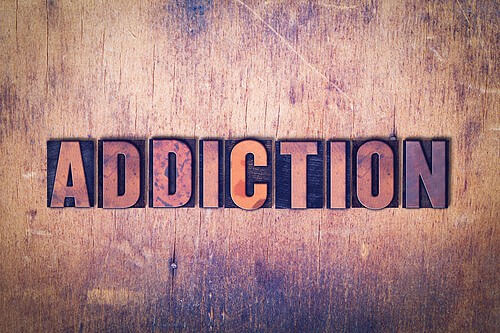 Frances Bean Cobain Speaks Out About Her Addiction

His battle with addiction was well-documented throughout his days with the band, Nirvana. Frances Bean’s mother, Courtney Love, has also had her notorious days of addiction reported on and had been court ordered to seek professional help in a rehabilitation center in 2005.

Addiction has been shown to be genetically passed down from generation to generation and while there has been speculation about Frances Bean, she has now come out about her personal struggle with addiction. On February 13th, 2018, Frances Bean wrote a long and intricate post on Instagram to pass onto others the statement of, “It’s an interesting and kaleidoscopic decision to share my feelings about something so intimate in a public forum.” Not to mention incredibly brave and encouraging for Frances Bean to communicate to nameless people that it may not be easy, but recovery tools are readily available to anyone that wants to break the cycle within their own family tree.

She goes on to say that, “The fact that I’m sober isn’t really public knowledge, decidedly and deliberately. But I think it’s more important to put aside my fear about being judged or misunderstood or typecast as one specific thing.” In a true recovery mentality, Frances Bean’s main purpose in her Instagram post is to let others know that being of service is an important aspect of recovery by stating, “I want to have the capacity to recognize & observe that my journey might be informative, even helpful to other people who are going through something similar or different.”

Frances Bean’s message of love and tolerance could not come at a better time than during the Public Health Emergency that has been declared on the opioid crisis. Many people wondered what would happen to Frances Bean after seeing the rise and fall of her parents back in the 1990’s and early 2000’s. Watching her thrive with the deck of cards stacked against her is truly inspiring and gives this country hope that recovery is on the up and up.

The Instagram post ended with, “Peace, love, and empathy (I’m going to reclaim this phrase and redefine it as something that’s filled with hope and goodness and health, because I want to).” This statement is significant because Kurt Cobain ended his suicide note in the same manner of “Peace, love, and empathy”. With France Bean putting herself out there in this capacity, she is fronting the band of recovery by the expression of her own original lyrics. “As cheesy and cornball as it sounds life does get better, if you want it to.”