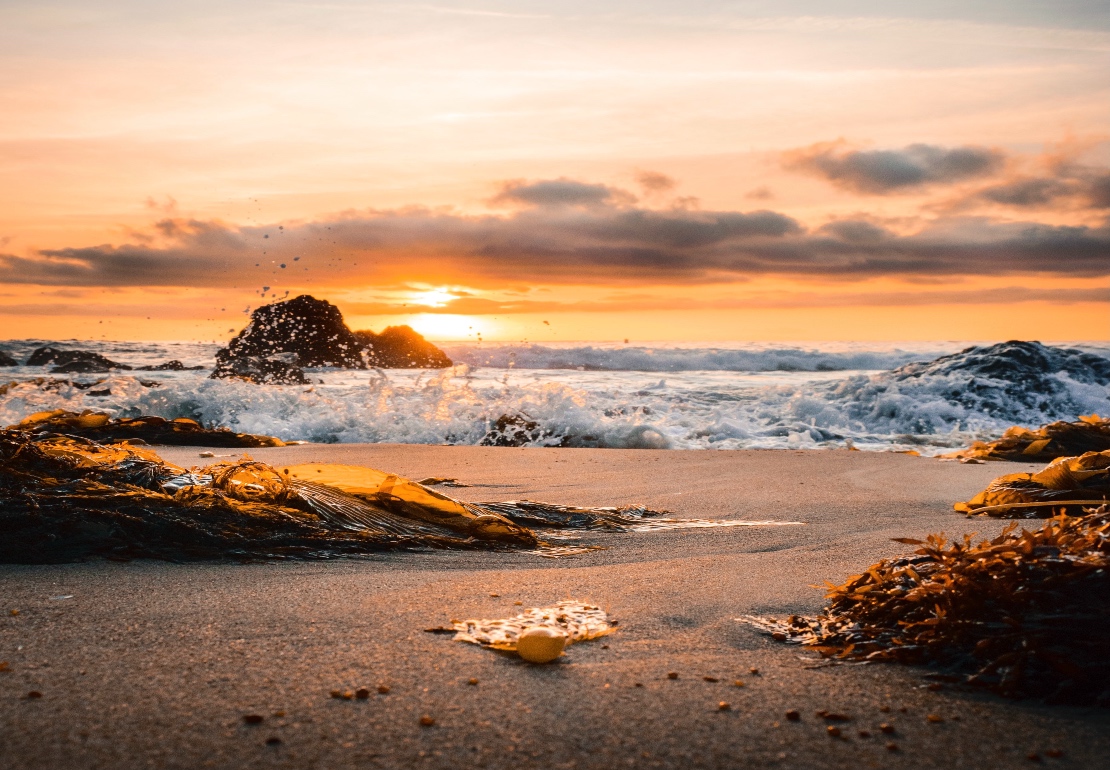 Does Addiction Affect Your Personality and Behavior?

Addiction not only changes personality, but also has a significant effect on the victim’s personal and professional relationships, as well as other essential aspects of life. When gripped by addiction, be it drug or alcohol related, victims often present a totally different personality - nothing like what they used to be before the addiction took over. There are many warning signs of drug addiction that one can see in someone who is struggling.

It’s not uncommon to see those suffering from drug and alcohol addiction to become violent over petty issues, act up over seemingly minor things, become more aggressive overall, or even just altogether act differently. It has been observed that drugs and alcohol worsen a person’s behavior. Individuals who already have violent tendencies might become extremely violent when under the influence of drugs or alcohol, yet, it’s common for the person struggling not to find anything wrong in their behavior, and instead fall into the belief that they act or perform better when under the influence.

Introverts may become more outgoing and friendlier after consuming alcohol as they may find that alcohol helps them to forget their worries and complexes. Though the addict or their friends might see this as a positive sign, the fact is, the increased dependency on alcohol is harming the individual in the long run. The reason for this is that when a person takes addictive substances - such chemicals cause a sensation of pleasure or euphoria, and all feelings of pain and anxiety are masked by the “high” that the brain feels after consuming drugs or alcohol for a short period of time. When the influence of the alcohol or drug wears off, the person craves the same sense of ecstasy and bliss again, and this is when addiction becomes a serious problem.

All the above-mentioned behavioral changes in a person’s personality can be devastating for the individual’s overall health and well-being; including their mental health, physical health, and social health. When we mention social health, it refers to the person’s personal status among their society that can affect their relationship with the people around them. Typically, people tend not to like befriending people with abuse issues, and their relatives might avoid all contact with them.

Damages in Personal, Professional and Social Life Due to Addiction:

Personal Health Takes a Turn for the Worse

There is a very close relationship between addiction and personal health. Addiction, be it drug abuse or alcoholism, does no good to the abused or affected ones. Apart from a personality disorder, addiction eventually begins taking its toll on a person’s physical health as well.

Due to the uncontrolled consumption of addictive, and harmful substances, the addict becomes mentally and physically unbalanced. Additionally, when an addict is rejected or treated poorly by their family and society because of their addiction, it tends to affect them, which in turn leads to mental personality issues, and then physical problems too.

Those who are struggling become so preoccupied with their pursuit for drugs and bliss that obtaining additional drugs to assist them reach that dream high becomes their top goal in life. They lose attention which makes it difficult for them to complete even the most basic tasks such as eating and sleeping on a regular basis. All of this puts a pressure on an already weakened immune system - causing the individual's general physical health to deteriorate.

Throughout the years, society has looked down upon substance abuse. Those suffering from addiction suffer from the loss of reputation as a result of their lying, abusive, forgetful, manipulative, violent, and secretive behavior. People tend to not trust them and treat them with a lack of respect.

Two of the most noticeable changes in someone struggling with addiction are the lack of concentration and the loss of interest, especially in school-aged individuals. Students who fall victim to drug abuse and alcoholism tend to suffer from a drop in academic performance, eventually dropping out of school or university. The person struggling does not know how to cope with addiction when going through such a transformative period.

Someone struggling often goes through a decline in their workplace performance. This can adversely affect a person’s life, and in some cases even affect the lives of those who depend on them, such as dependent family members. People tend to look down on those struggling from abuse and mistreat them. Addiction isn’t just limited to personal damage, but it also changes the way society perceives the victim and what other people think about the person. In general, people who work with substance abusers tend to complain about the distractions they face or the potential risks resulting from their co-worker’s addiction.

The Weakening of Relationships with Family and Friends

One of the most delicate topics is relationships. Relationships are damaged and shattered as a result of a person's addiction - whether it's with family or friends. Someone who is battling with addiction frequently covers their flaws and becomes very secretive about their drug or alcohol addiction.

At times, they even isolate themselves from their family or the society they live in just to avoid the questions. Lies become the easiest way to hide one’s bad habits. Forgetfulness, manipulations, secrecy, abusiveness, low-stress tolerance, dishonesty, and selfishness create a myriad of problems at home, leading to the decline of relationships.

Involvement in Crime and Anti-Social Acts

The National Council on Alcoholism and Drug Dependence says, “alcohol is a factor in 40% of all violent crimes today, and drugs and crime are correlated”. It is observed that both drug addiction, as well as alcoholism, may lead to a person’s irresponsible behavior and their increased inclination to take unnecessary risks. Also, while under the influence of drugs and alcohol, people may fall into criminal traps and often commit acts that are socially or legally unacceptable. They tend to be seen as a social outcast and regularly rack up criminal charges.

From the above discussion, we have learned and understood that drugs and alcohol can have serious, adverse effects on people. However, how many times have we tried to find the reason behind a person’s addiction?

How Addiction Affects the Brain

Addiction’s mental effects lead someone to act erratically. The most straightforward reason behind this is that drugs and alcohol destroy the brain. When under the influence, a person’s brain is flooded with dopamine, a neurotransmitter that exists in the parts of the brain that control movement, motivation, human emotion, and feelings of pleasure.

After consuming drugs or alcohol, a person experiences moments of extreme pleasure and happiness, but when the same feelings of euphoria face away, the person is left craving more drugs and alcohol to replicate that same moment of joy. As the desire to be in a state of euphoria grows stronger, the victim falls further and further into the clutches of addiction. Unfortunately, a person’s chase of that initial high they felt slowly, but surely, develops into a vicious cycle of substance abuse.

Over time, constant abuse alters critical brain activity and encourages the brain to prioritize the addiction over other essential tasks. Because the brain is preoccupied with drugs or alcohol, someone struggling with addiction goes through drastic changes in their personality and behavior. Often, people suffering from addiction turn into a completely different person altogether.

Realizing that you’re abusing and are addicted to drugs or alcohol is the first step toward a healthier tomorrow. Overcoming addiction isn’t easy, but it’s not impossible either. The first thing you need to do is talk to your family and friends who care for and love you. Be honest with them about your abuse and addiction and ask them how they can support you throughout this challenging period in your life.

Whether you choose to seek professional medical help or undergo self-treatment is your choice. With time, you will come to know what helps you best. Ask people, research your options to break free of the vicious cycle. Pacific Solstice provides a wide range of treatment choices for both the drug addiction victim and their family. The Partial Hospitalization Program is one of them, and it's a treatment option that may be tailored to your specific needs. If you have another mental health disorder that coexists with your substance abuse such as depression or anxiety, we will provide you with an integrative program that will treat both diagnoses at the same time to ensure long-term recovery effects. Most importantly: Do not give up. With enough perseverance and willpower, you will recover and go on to live a healthier life.

Similarly, it’s a scary feeling when you find out your loved one is struggling with a drug or alcohol abuse problem. In these times of crisis, it’s crucial that you lean on the people closest to you for their support. As a loved one, it would be best for you to do your research and educate yourself on addiction to help you throughout the process. It's also crucial to understand how a family should intervene throughout an addiction. You may be the one to save their lives.

If you're interested in the services we provide, please take a moment to complete this quick assessment, so that we will know how to coordinate with you - this also allows us to learn more about you. Please fill out this form next if you are interested in the costs and are applying for insurance.

It is vital for you to know which treatment options are available to you in treatment facilities. It's not easy to talk to someone who is suffering, yet, even something as basic as conversing might save their life. You'll make it through if you don't give up. It's important to remember that people who are battling with addiction may totally recover and go on to live full and natural lives.