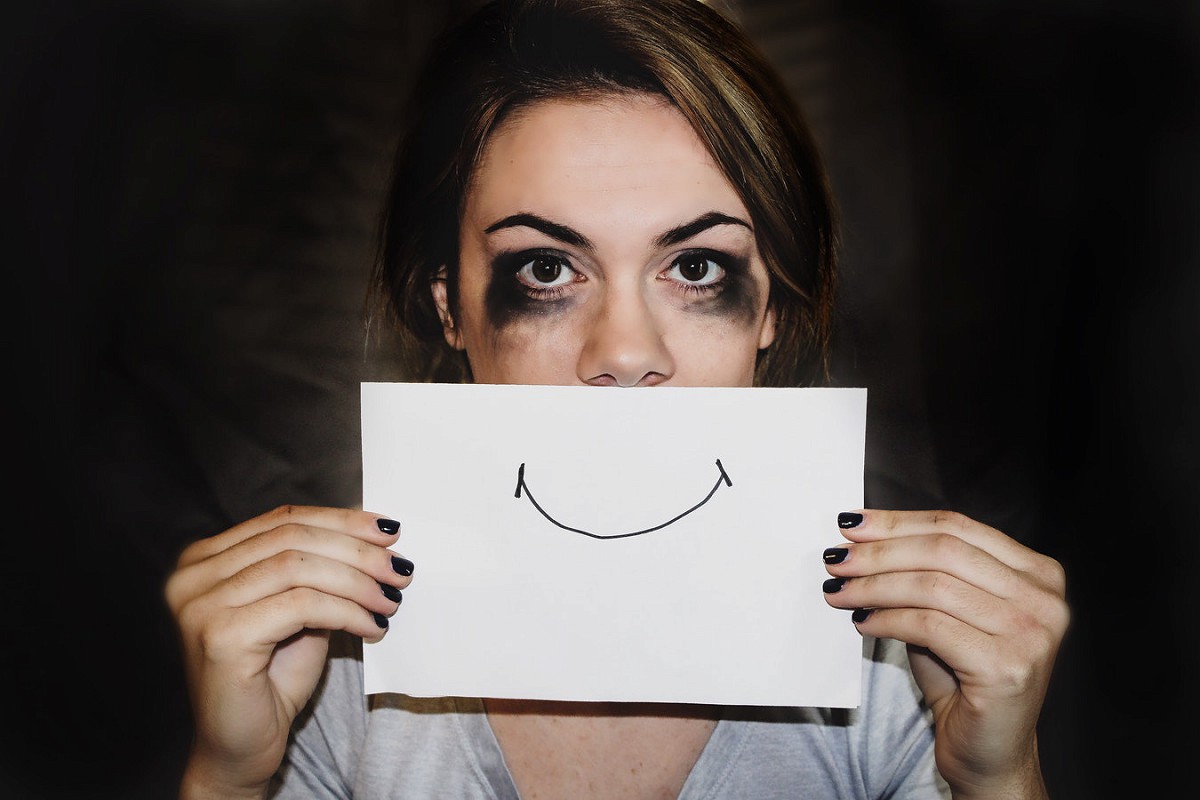 Depression is Not a Choice, but a Curable Mental Disorder

And have you ever heard someone decide that they were going to be happy or sad on any given day? How can anyone pre-determine or have full and total control over their feelings? Throughout the years, many people have theorized whether depression was a “choice”, if it was “curable”, and what “lead” to it. Everyone has different views on the topic, but we often come across studies where people share tips and advice on how to cure depression or how to be happy in a few simple steps.

To understand if depression is a choice or a disease, and before we can start looking into possible cures, we need to first understand what depression really is.

According to the World Health Organization, depression affects over 300 million people in all age groups across the globe. It’s the most common and most severe mental disorder that affects sufferers’ mental health, thoughts, feelings and behaviour. Depression can be described as a strong feeling of uncontrolled sadness and desolation that can last for weeks, months, years or even a lifetime. But what causes depression?

Scientifically speaking, depression is caused due to a chemical imbalance in the brain. Symptoms of depression seldom differ and may include sadness, irritability and a general disinterest in activities that were once enjoyed. Though these symptoms are not to be taken lightly, there’s actually a lot more to depression than the above.

Mental illness has often been compared to physical illness, and the reason behind this is a lack of proper awareness on the conditions and circumstances surrounding both mental illness and depression.

How does Depression Affect Behaviour?

Some people confuse general sadness for depression and vice versa. Sadness is a temporary bout of emotions that affects people due to the loss of something/somebody, certain situations, or things not going as planned. When something upsets you, your natural reaction might be to get sad, but the sadness is only temporary and you get over it after some time. An article published in Psychology Today explains sadness as “An emotional reaction to loss. It is your motivational-emotional system’s way of signalling that something you valued or something you hoped would come true was lost. Sadness is the way we digest the pain of our loss.” Put simply, there is a clear and understandable reason as to why people get sad.

On the other hand, depression goes beyond simple sadness and sometimes has bipolar characterizations.. The onset of depression is quick and unexpected, sometimes appearing seemingly out of nowhere. Studies typically claim that depression stems from past negative experiences, such as abuse or trauma that have buried themselves deep into a victim’s psyche. Overthinking and being unable to detach oneself from such negative thoughts results in things like prolonged sadness, a detachment from normal life, laziness, a general loss of interest and enthusiasm, unexpected unsocial behaviour, and indifference to normal or important tasks; with the eventual outcome being depression.

Depression can affect anybody at any time, regardless of a person’s overall physical health, financial status, level of education, or family background. Ultimately it all boils down to the state of a patient’s mind that affects their behaviour, oftentimes becoming a matter of concern and potentially life-threatening.

How Does Society View Depression?

There have been numerous debates and discussions surrounding depression: whether it’s a choice, whether a person suffering from depression is able to forget the reason for their depression and move on, how easy it is to move on, and what potential measures can be taken to avoid or overcome depression. Like we mentioned earlier, depression is the most commonly discussed mental health issue; and the reason behind this is the ever-growing number of people affected by it.

However, the average healthy individual typically disregards depression, for the most part, unable to truly understand the reason behind it. Some offer advice like, “just stop being sad”, “live life to the fullest”, or “happiness is a choice.”; but such advice is impossible for victims of depression to even consider. People suffering from depression often have rebellious thoughts and start thinking that everything around them is meaningless, that everyone is against them, that no one cares about them, everything they do is wrong, or that life isn’t worth living anymore. Hopelessness and unhappiness do not come about from mindful decision, it’s not like someone wakes up one morning and decides that they’re going to sulk and be gloomy the whole day. Neither is it particularly enjoyable to become pessimistic and withdrawn or to wish for death. The bottom line is that there’s no logical reason as to why people suffering from depression would choose to be unhappy.

The first thing some people do when they wake up each morning is cry. They’ll wake up and cry inconsolably. No bad news, no deaths, no loss of money or any valuables, and no illness – but they’ll still cry. At times they’ll spend the whole day in bed and no amount of good news or kind gestures can make them happy. They’ll constantly talk about and focus on negative and saddening things, which eventually results in them losing their interest in life.

Society tends to view such people with sympathy or they simply become a discussion topic among family and friends. Most people are incapable of understanding the reason behind the particular person’s behaviour, which at times can have serious consequences.

Depression victims go through their lives feeling low and rejected, and it can happen to anyone regardless of their circumstances - depression attacks no matter a person’s mental state. It could be a simple moment or event in someone’s life that has a particularly negative impact. Memories of the moment or event stick in a person’s mind, which slowly leads to obsession and, if not treated or corrected in time, an eventual state of depression.

Depression gets to the point where these depressing thoughts take up the majority of the victim’s day, and start to wreak havoc on routine activities like getting out of bed, taking a shower, eating, sleeping, socializing, and working – ultimately resulting in the victim losing touch with their surroundings and reality in general.

Depression isn’t like forgetting who you are, where you are and what you’re doing. It does not impair a victim’s senses, rather it’s a constant stream of depressing and disturbing thoughts like they aren’t worthy enough, don’t deserve to live, nobody loves them or cares for them, and that they’ve let everyone down. It’s these kinds of thoughts that quite often attack normal, healthy and happy people too, and often times sporadically When these thoughts attack, there’s absolutely no one who’ll ever be able to convince the person that the thoughts they’re thinking are wrong – a depressed mind has absolutely no control over this. In a sense, we can say that depressed minds are totally incapable of feeling positive emotions and happiness.

Fortunately, yes. Depression can be overcome with the help of medications and guided therapy. It can’t, however, be cured overnight, especially considering that victims have been preoccupied with negative thoughts for weeks, months, or even years. It’s impossible to snap your fingers and instantly change your mood, so, it would be unfair to expect that you or your loved ones will be cured overnight. Additionally, some medications have side effects like weight gain or weight loss too, but it has been observed that such symptoms thankfully diminish over time. In order to see a positive change, individuals suffering from depression have to constantly and sincerely follow treatment plans and above all, be truly willing to recover.

However, in some cases, patients were able to recover on their own without needing the help of medication or counselling services. Yes, it has been found diverting their thoughts towards a particular hobby or immersing themselves into one of their passions helped in such patients’ recovery process, but this can only happen if that particular person has realized the weakness within and is actively striving to break free of the pessimism. Sometimes, change comes as a result of achievement, but in order to achieve one needs to put in an effort. Despite taking a long time, putting effort into achieving something really does help people overcome depression and go on to lead healthier, happier lives.

Everyone is different and depression medication might not work for everyone. In such cases, more options might need to be explored and sought out which might deter some, but in most cases, people are willing to put in the effort until they’re fully recovered. How a person deals with conquering depression all depends on their own determination, and the people helping them get through it. It’s not just medication, but also the surrounding environment that helps patients carry on moving forward.

The main takeaway from this discussion is that absolutely nobody chooses to be unhappy. It’s the situations and environments a person faces throughout their life that creates the conditions for depression. While people might treat depression lightly in its onset, if left unchecked, depression can develop into quite a serious illness. As the old adage goes: prevention is better than cure, but if someone is already suffering from depression then they naturally need to be cured. Whether they’re treated at home or in a medical institution, it’s imperative that they’re treated as soon as possible to be able to make the most of their lives. Curing depression is definitely possible!

Depression is not a choice, it’s a temporary problem that can be easily taken care of!