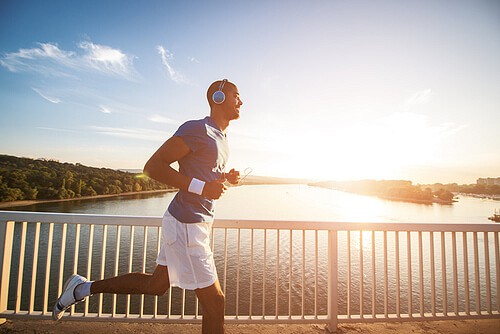 Am I Exercising for Health or Addiction?

On the contrary, others may be disinclined to want to exercise in any capacity and so they chose not to. Another class of people regularly use physical activity for the health benefits and a slimmer physique. Then there are the people that are just plain addicted to exercise.

What does it mean to be addicted to exercise? Like with any addiction, it is the amount of time and effort that is consumed along with the obsessive behaviors that constitutes whether someone has an addiction or not. Even though most people think of addiction having to do with substance abuse, exercising addictively can be harmful mentally, physically, and spiritually.

One will exercise harder, more frequently, and in longer sessions to get the results that they think they need to look and feel better.

Someone that is using all their time to exercise could be abandoning their responsibilities with their job, their family, school, or any social commitments just to get their needs met with exercise.

Continuing to exercise with injuries, physical ailments, or personal problems can be offered up as passion, but the reality is that “pushing through” can cause more damage than its worth.

When exercising, endorphins are released that can cause someone to feel a natural high. One must do strenuous physical activity to receive the desired effects that endorphins produce after building a tolerance.

A person will think that they are in control of their health by intensifying and maximizing their exercise to be healthier.

When someone is spending most of their time thinking about exercise, immersing in exercising, making a plan of action for exercise, or recovering from too much exercise, they are letting exercise rule their entire being.