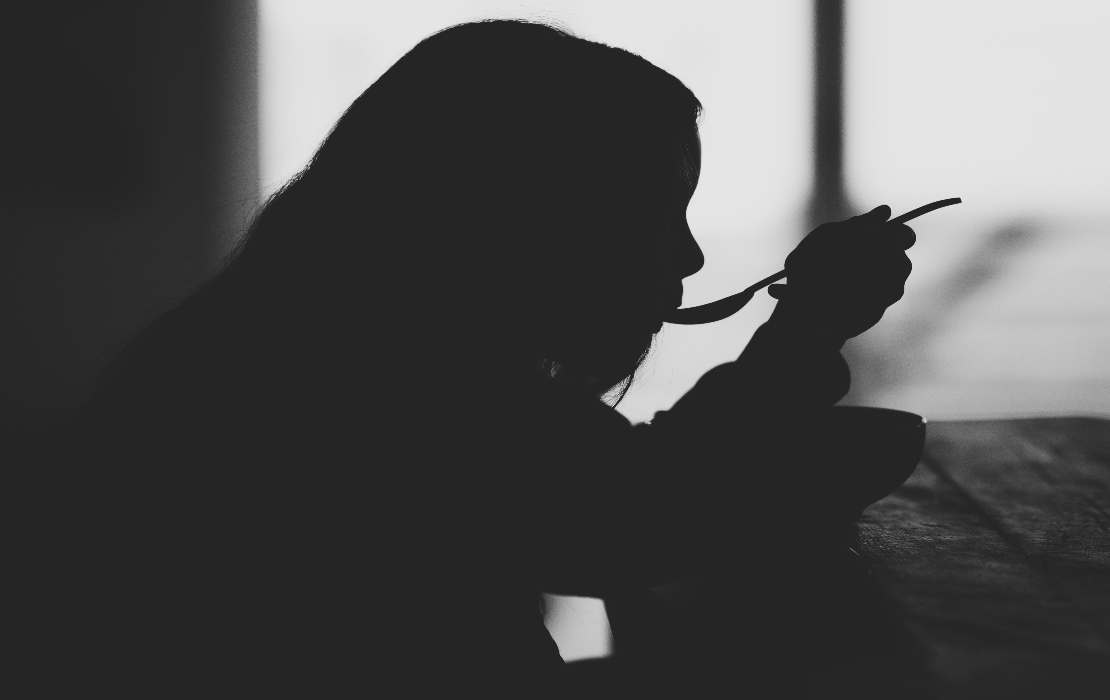 4 Warning Signs of an Eating Disorder

There is of course physical evidence that can clearly indicate that someone is suffering with an eating disorder, but not in every single case. The biggest misconception about eating disorders is that they are directly related to food, vanity, or an adolescent stage of expression. While all of these circumstances may apply to someone that is active in an eating disorder, they are merely symptoms of a bigger problem.

This is most likely the most common symptom that individuals publicly describe when it comes to eating disorders. Anorexia nervosa is diagnosed when a person weighs less than 85% of their optimal body weight and displays other eating disorder symptoms. Someone with an eating problem might be close to, at, or even over their optimal body weight. This is frequent in those who have bulimia nervosa, which is characterized by bingeing and purging.

In relation to their weight, they may also exhibit signs of disordered relationship with food. Someone may stop eating with their family, eat large amounts alone, despise previously favored meals, get obsessive with calorie and fat gram measurement, consume excessive quantities of water and coffee to suppress their hunger, eat considerably smaller portions, or refuse to eat at all - or perhaps, they begin binging on particular foods and going to the restroom right after each meal to purge what they've just eaten. Look for new eating patterns including chewing for a long time before swallowing, declining to eat with others, cutting food into little bits, moving food around on the plate, or concealing food in a napkin to be disposed of later.

Depending on whether it is anorexia nervosa, bulimia nervosa, or binge eating, shifts in a person’s weight can be a clear sign of a bigger problem. A person with a distorted view of their body will try to use food as a means of control in some fashion.

A person with an eating disorder may often have a disordered relationship with exercise as well. They may exercise for hours in a ritualistic manner, obsessively discuss the quantity of calories they've burned, or become upset if their exercise regimen is disturbed. Their motive is to burn excessive calories because they fear gaining weight or have poor body image when they look in the mirror. Overtraining puts the body under additional stress and increases the chance of injury. They may exhibit any of the following behaviors:

Their obsession with exercise may also come with preoccupation with their food’s nutritional content. A commitment to eating nutritious food is admirable, but if someone you know begins to categorize foods as good or bad, healthy or unhealthy, safe or unsafe, and is constantly searching for organic, low-fat diet foods, frequently visits nutrition-related websites, or declares themselves vegetarian or vegan, this, along with other behaviors, may indicate that they require help. People who track their food and fitness over time may lose their ability to respond to their bodies' warnings. They begin to rely on rules and constraints described in tracking apps and gadgets to govern how they should eat, drink, and exercise, rather than concentrating on what their bodies want and need.

By focusing on weight, size, or shape discontent, a person may attempt perfectionism, which will never be accomplished. To fill the hole of inadequacy and concern over not looking well enough, people may eat less or exercise more. They may voice their displeasure to close relatives and friends, and they may assume that others perceive them in the same skewed light that they do.

Do you know someone who spends too much time in front of the mirror, makes harsh comments about their looks, and claims that they are overweight? That activity alone does not necessarily indicate an eating problem, but if they grow fixated on particular celebrities and models, compare themselves negatively to them, or dress in baggy clothing to disguise their body shape, these behaviors should be taken seriously. One of the early indicators of an eating disorder is talking about their dissatisfaction. However, they may become more silent once they grow increasingly ill and attempt to hide their thoughts, feelings, and behaviors from others who have voiced concern.

Girls – and guys – both suffer from eating disorders and have different effects when it comes to their hormones. When food is limited, the body will sacrifice fertility and vigor to provide energy for the body.

Eating disorders are more common in young individuals who are at the prime of their reproductive life. Changes in reproductive hormones, which are essential for maintaining regular periods, sex drives, healthy hearts, and strong bones, can be caused by unhealthy dietary habits. As a result, some women will experience irregular periods, some will stop having periods completely, and others may experience infertility. Men, on the other hand, may experience a loss of sex desire or erectile dysfunction. This is the body's attempt to save energy and inhibit reproduction in a malnourished individual. Hormone levels return to normal after eating is resumed.

Eating disorders influence reproductive hormones during pregnancy, harming both the mother and the baby in the few circumstances where pregnancy occurs. According to research, women with eating disorders are more likely to experience difficulties during pregnancy, such as the need for a caesarean section, postnatal depression, miscarriage, problematic delivery, and early birth. Most pregnant women who have overcome their eating problems, on the other hand, have healthy pregnancies.

Metabolism is regulated by various hormones in both men and women, many of which are significantly impacted by eating disorders. These hormone changes are a natural reaction to hunger and will help you conserve energy. When an eating problem begins in childhood, it has the potential to disrupt hormones involved in puberty and growth. Puberty may be delayed, and bones may fail to expand, resulting in stunted growth and brittle bones later in life (osteoporosis). Low thyroid hormone levels (hypothyroidism) can be caused by eating problems, and patients with hypothyroidism frequently feel chilly and have constipation or dry skin.

Because eating disorders may affect people of diverse body weights, shapes, and sizes, it's critical not to dismiss those who don't match the classic image of someone with an eating disorder. Psychological and nutritional counseling, such as cognitive-behavioral therapy (CBT), are frequently used in the treatment of eating disorders. CBT is a type of individual treatment that works well for people suffering from bulimia nervosa or binge eating disorder, helping the individual sort through behaviors, emotions, situations and options. Treatment for binge-eating disorder focuses on both psychological (addressing the underlying reasons why someone feels compelled to overeat, such as depression) and behavioral modifications (such as healthy food and frequent exercise), applying CBT and Dialectical Behavioral Therapy (DBT) to help the individual stay in their body. CBT can also be utilized with people who suffer from anorexia nervosa. Another option for reducing the symptoms and suffering that comes with eating disorders is MeRT - because MeRT focuses on resetting brain waves, treating compulsions and obsessions and mood, it may be an effective therapy for those who are affected. Family-based eating disorder therapy is a successful strategy for children or teenagers who live at home. Parents and family members play an important part in this strategy, helping to mold food choices and normalize eating.

Even yet, getting help for an eating disorder can be a challenge in and of itself. Many people recognize that therapy will help. Coming to treatment might be frightening for someone who has lost a lot of weight as a consequence of disordered eating hand is afraid of gaining it back. And similarly for the opposite, someone who has gained weight in their eating disorder. Furthermore, eating disorder behaviors are typically associated with shame, and patients may have trouble and discomfort explaining them.

Because there is still a stigma attached to eating disorders, people are hesitant to seek assistance - this is why the need for ongoing education and conversation is emphasized. Eating disorders affect people of all genders, races, classes, creeds, ages. It doesn’t matter if someone comes from a traditional, nontraditional, divorced, fill in the blank, family. Mental illness or addiction of any kind is not discerning. We all have the potential for illness. But, healing is a choice.

Although someone may look like any ordinary person, it is important to look for the signs of an eating disorder if there is any indication of something being off. If you know someone who is in need of assistance with their eating patterns, let us know by completing this assessment and verify your insurance. Getting help for eating disorders is crucial because eating disorders have the highest rate of mortality of all psychiatric disorders. Seeking help is the same across all areas of health. It is our responsibility to get help for: a broken bone, COVID, Chrone’s or a toothache. Same goes for mental illness and addiction. Getting help is our responsibility. The good news: life gets better than your imagination can show you because you haven’t experienced health like this yet!